A Husky, 2 years old, female, 18Kg, went to the doctor due to lameness. The examination result showed that the drawer test was positiveand the cranial cruciate ligament rupture was found in the diagnosis. The planned TPA is 29 degrees before surgery and adjusted to 6 degrees after surgery. The BlueSAO TPLO-M8mm locking plate was used for TPLO surgery, the postoperative recovery was good, and the weight-bearing walking was already on the third day after the surgery. X-rays showed that the fracture line was blurred and healed well two weeks after thesurgery. 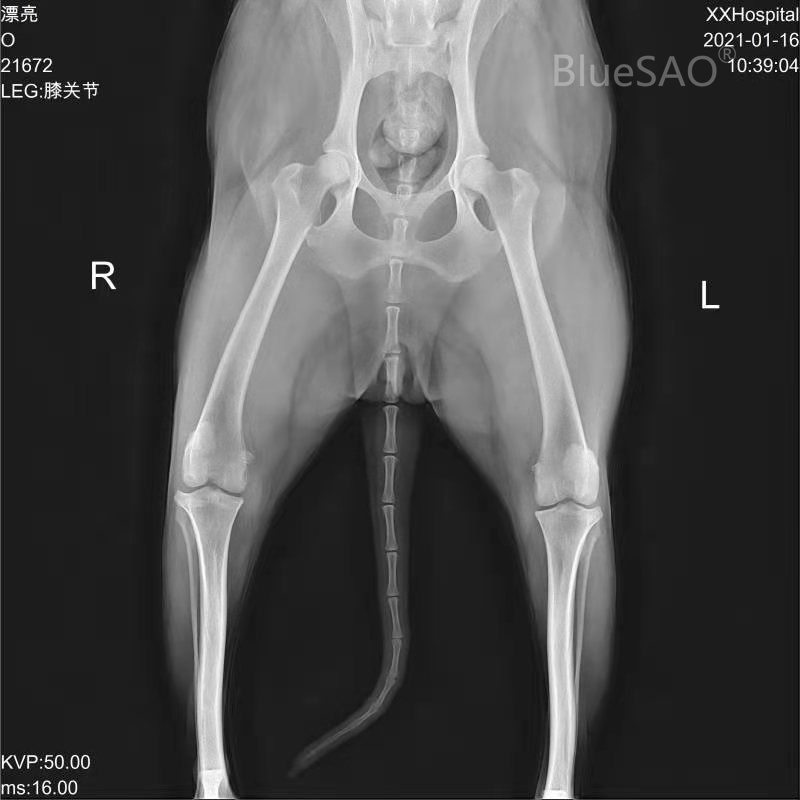 Please Login to View All
Previous
Next

Orthopedic Instruments We Use BlueSAO